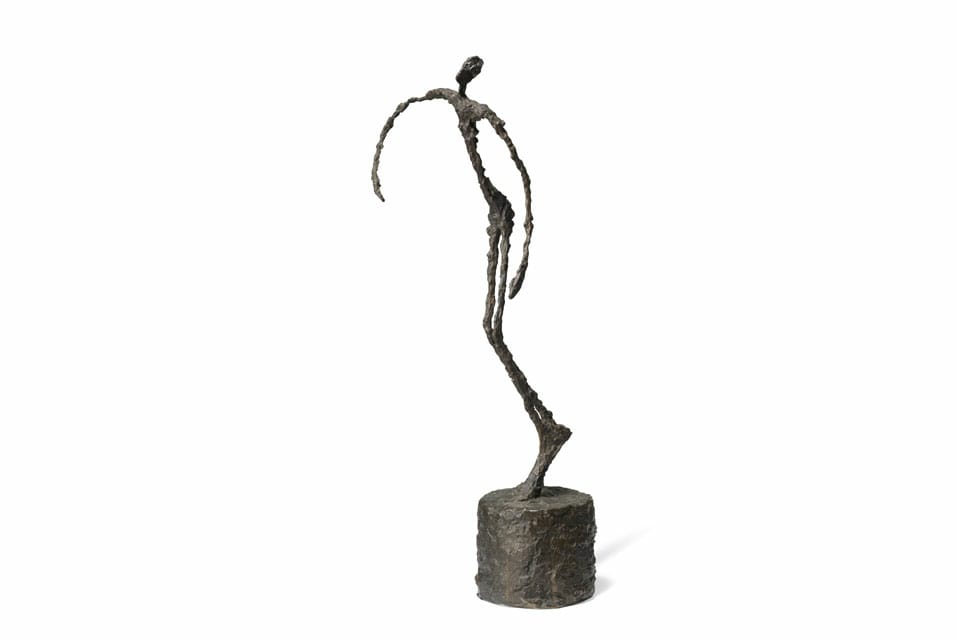 Alberto Giacometti’s Homme qui chavire will highlight Christie’s 20th and 21st Century Evening Sale on 30 June and will be offered with a pre-sale estimate of £12-18 million. Conceived in 1950, and cast a year later, Homme qui chavire pictures a man in the moment before he either falls to the ground, or conversely, rises from the earth to ascend upwards. It is one of the greatest of Giacometti’s now iconic elongated, attenuated figures that emerged after the end of the Second World War. Perhaps no other work in the artist’s oeuvre embodies the essential fragility and inherent solitude of the human experience. Homme qui chavire is one of six recorded casts, with other examples now held in museums including the Kunsthaus, Zurich, Fondation Louis Vuitton, Paris, and Musée Granet, Aix-en-Provence. The last example of this important sculpture to be offered at auction was over a decade ago, in 2009, which achieved $19.4 million. Since that time, Christie’s has set the world auction record for an Alberto Giacometti sculpture with L’homme au doigt which realised over $140 million in May 2015.

Keith Gill, Head of Impressionist and Modern Art, Christie’s London: “Giacometti’s poetic sculpture Homme qui chavire exquisitely demonstrates the artist’s experimentation with form that has become synonymous with his oeuvre. Elongated and caught between the pull of gravity and ascension, the figure embodies the fragility of existence. This beautiful bronze has only had two owners since its casting in 1951, so it is an honour to offer this sculpture as a highlight of the June 20th and 21st Century season in London.”