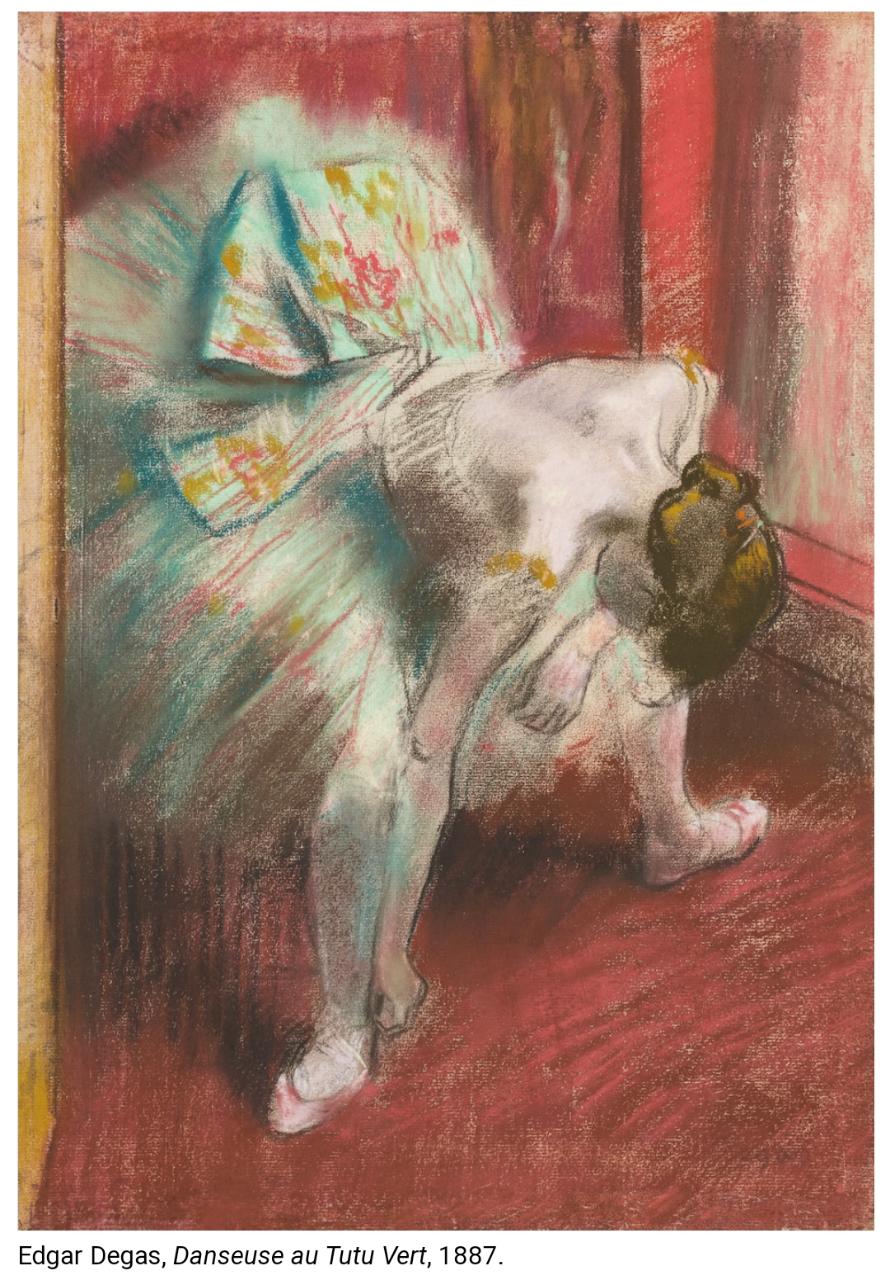 In the early 19th century, designer Jeanne Lanvin founded what is now France’s oldest couture fashion house, Lanvin, in Paris. Her daughter, Marie-Blanche de Polignac, would not only go on to take the reins at the house. She would also take up one of Lanvin’s other passions—art collecting.

Now, the Polignac Foundation, the holding entity responsible for the family’s assets, is selling five Impressionist works by French artists, including a pastel by Edgar Degas depicting a backstage ballerina that has been held privately for six decades, in Sotheby’s Impressionist and modern art evening sale in Paris on March 25. The Degas pastel is estimated to sell for €2 million–€3 million ($2.5 million–$3.6 million).

A longtime patron of the arts in France, de Polignac forged ties with Surrealists like Salvador Dali and Paul Éluard. She was also painted by Eduard Vuillard; that portrait of the Lanvin director in her home, done in 1928–32, is housed at the Musée d’Orsay.

The Lanvin family’s works will be offered alongside a rediscovered van Gogh landscape of Montmartre that has been out of the public eye for more than a century and is expected to fetch €5 million ($6 million).