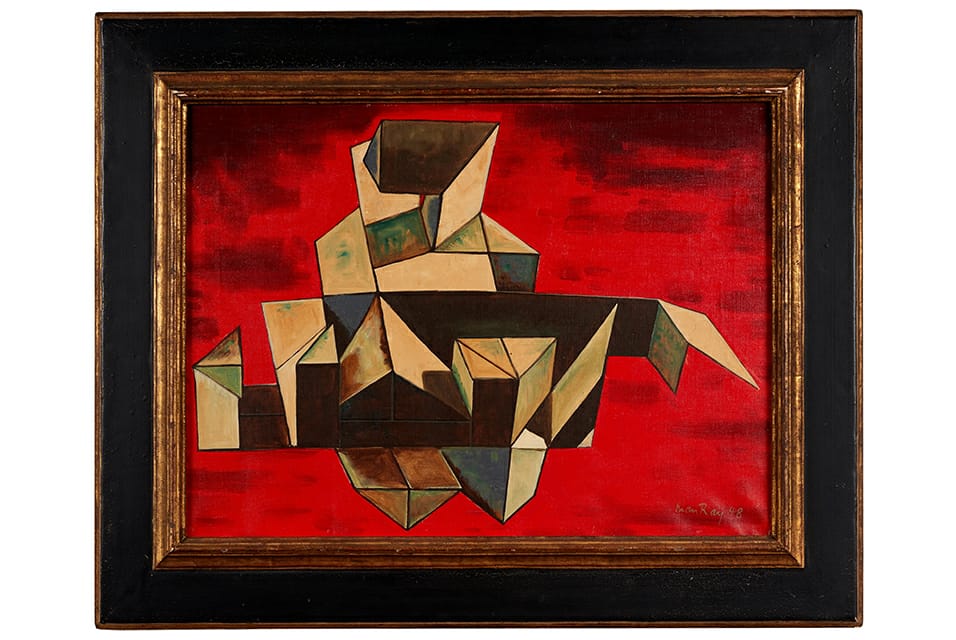 Vito Schnabel Gallery is presenting Man Ray & Picabia, a historical exhibition that brings into dialogue seminal works by two early modern masters and legendary artists of the avant-garde. An intimate presentation, the exhibition focuses on only nine paintings that span the late 1920s to the mid-1950s – a careful selection designed to invite contemplation on the nature of artistic revolution. The canvases on view manifest Man Ray and Francis Picabia’s prodigious engagement with the medium of painting across multi-faceted careers marked by irreverence toward convention and an ability to cycle through the phases of modernism to arrive at exceptionally original results. This rare grouping includes paintings that have not been on display to the public for decades.

While Man Ray and Francis Picabia met in 1915 through their mutual friend Marcel Duchamp, the exhibition on view at Vito Schnabel Gallery proposes an imaginary dialogue, one that exposes surprising affinities through juxtapositions. Although only casually acquainted, these two giants of art shared a footing in the emergence of Dada a century ago, helping that movement along and ultimately synthesizing it into a radical rethinking of what art can contain, be, and do. In painting, each prevailed as a purveyor of bold, radical thought; each was in search of a distinctive, original form of expression. As Timothy Baum asserts, Man Ray and Picabia were “Dada brethren.”

Man Ray found his artistic beginnings as an ambitious young painter whose early canvases echoed the influence of the European avant-garde. Eager to merge objects of the observable world with the flat, pictorial space of two-dimensional representation, he was propelled by Dada to move from New York to Paris, proclaiming, ‘Dada cannot live in New York. All New York is Dada, and will not tolerate a rival.’ Picabia, who had already absorbed and discarded the styles of Impressionism and Cubism, found in Dada a provocative spirit that mirrored his own and incited an abrupt disjuncture that led to the thrilling aesthetic leaps of his mature career.