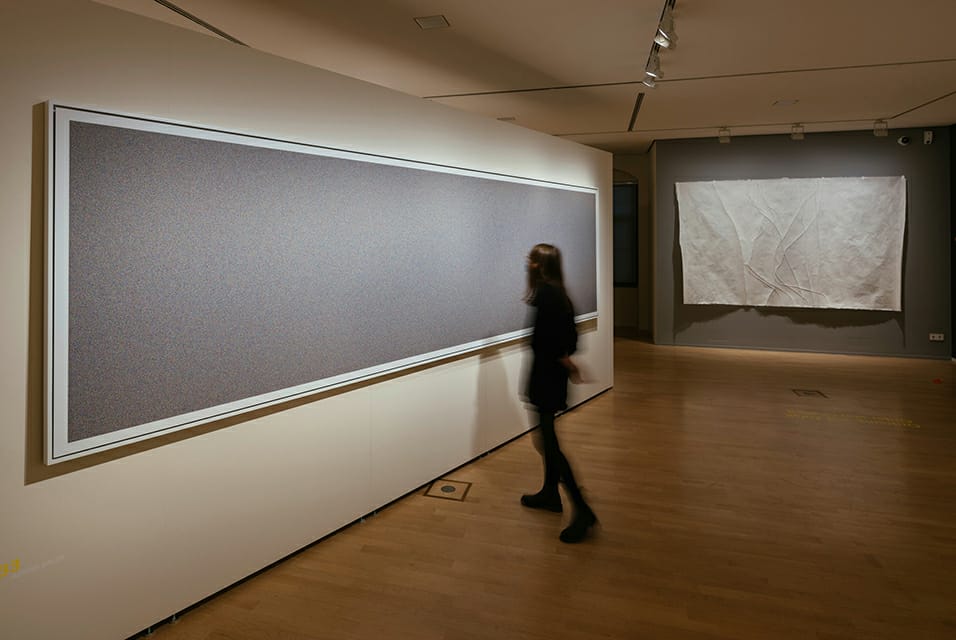 2020 was an unprecedented year, a year of crisis in which our personal experiences of instability, of certainties dissolving, and of the fundamental connection between vitality and transience became universal experiences, touching people in societies around the world. Still Alive, the first comprehensive presentation of the Schenkung Sammlung Hoffmann, may be understood as a response to these experiences.

But the decision to focus on the themes of fluidity, process, vitality and transience, goes back well before the current crisis: it was set in motion through the act of the donation itself. When the Sammlung Hoffmann was gifted to the Staatliche Kunstsammlungen Dresden in 2018, it was not tied to a fixed exhibition venue, to its own building. Rather, the donated works were meant to enter into an ongoing exchange with all the collections of the Staatliche Kunstsammlungen Dresden, thus making room for the dynamic nature of art, its openness and its simultaneous reliance on time and context.

The artistic exploration of vitality, mobility, fleetingness, mutability and impermanence is also a strong and recurring aspect within the 1200 donated works themselves. Still Alive shows 65 works created between 1957 and 2017 which address these themes in one way or another. They range from expansive installations to photography series, illustrating the rich diversity of a private collection which, beginning in the 1960s, was not built systematically but instead grew out of a close, personal exchange with artists and their works.