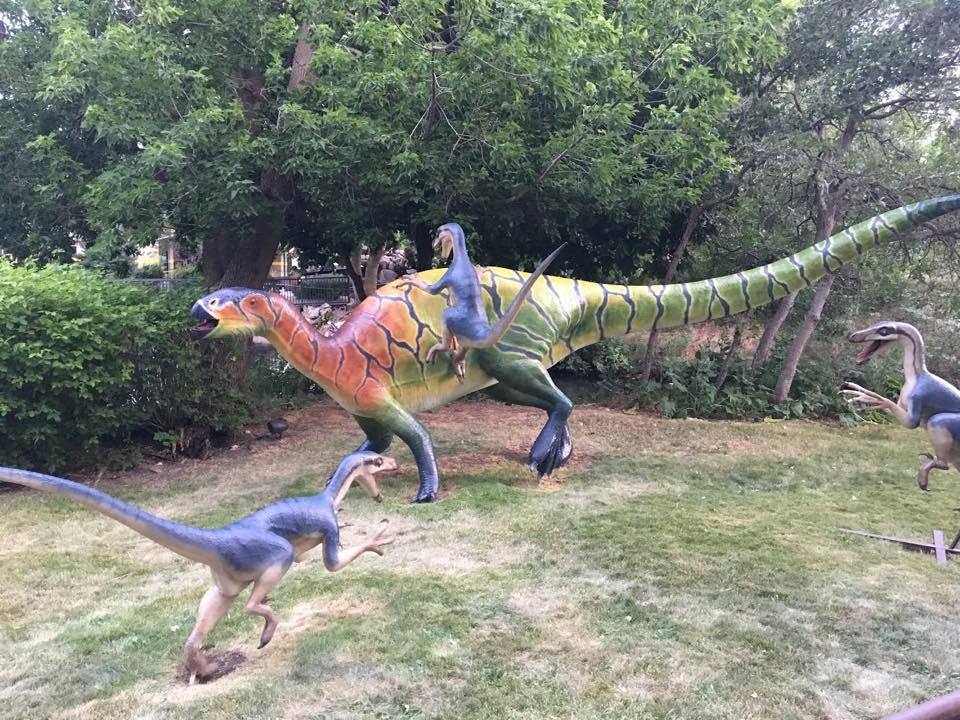 Three fiberglass replica statues of raptors were stolen from the museum shortly after being restored by artist Kirk Larsen.

The display featured three raptors attacking a much larger predator. Two were mounted on the ground, and the other was attacking the larger dinosaur on the side.

Sculptures at Eccles Dinosaur Park in Ogden, Utah show three raptors attacking a larger dinosaur
Eccles Dinosaur Park
The missing dinosaurs were found just a few days later after an anonymous tip led police to a home in Ogden, where they served a search warrant and found the stolen property. Two people were questioned, and police said at the time that they may face felony theft charges.

Ogden Police told FOX 13 they plan to provide an update on the suspects. At the time of the theft, police said the thieves likely knew what they were doing because they used unique tools and managed to avoid the park’s security cameras.