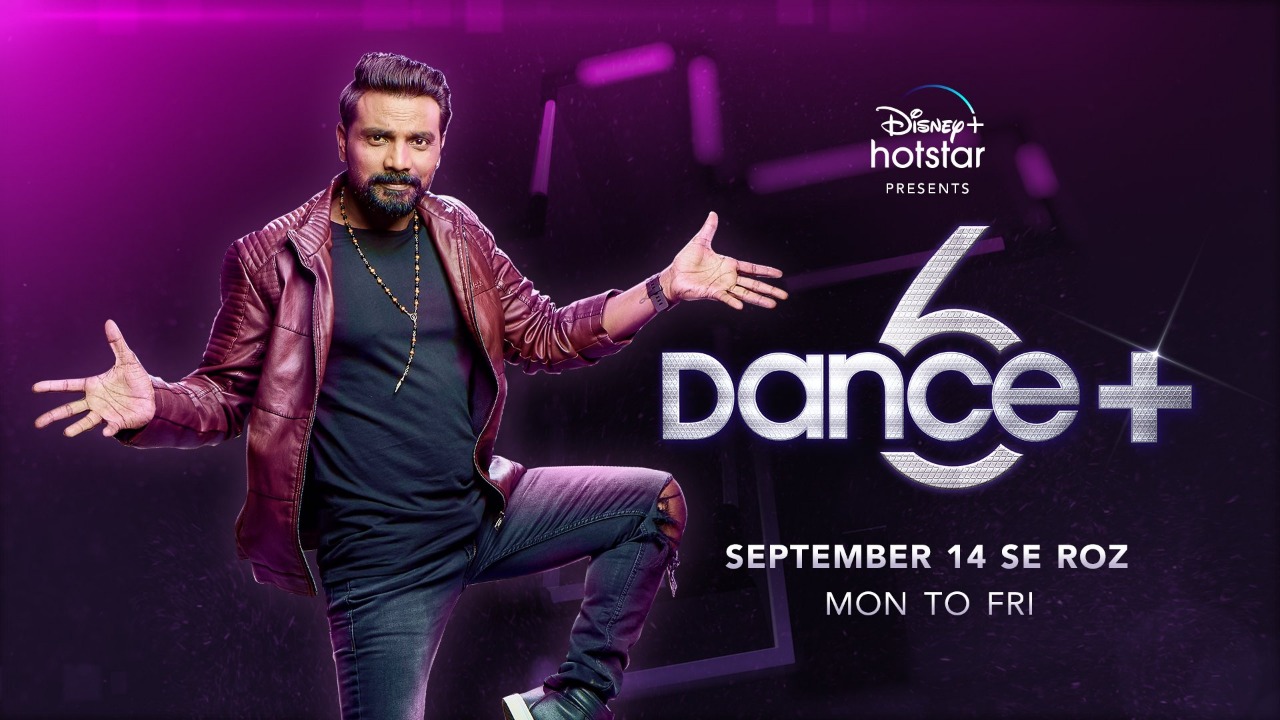 Gear up to witness the ultimate dance championship as Dance+ returns with an all-new season, only on Disney+ Hotstar. Making a splendid comeback, the sixth season of Dance+ welcomes back ace director and choreographer Remo D’ Souza as a Super Judge. Fan favourite Baba Ragheshwar aka Raghav Juyal returns as a host once again; set to charm audiences with his dance moves, comic timing and witty banter. Giving viewers an unparalleled entertainment experience, Dance+ Season 6 will premiere exclusively on Disney+ Hotstar, with a promise to offer a daily dose of fresh reality entertainment! Now, viewers will not have to wait an entire week to watch breath-taking performances, and support their favourite contestants and team. With this move, the legendary show is set to create history to become the first popular dancing reality show to premiere on a digital streaming platform before television.

The new season marks a new innings for Super Judge Remo D’ Souza, who is on a mission to dial up the competition. Talking about his return with Dance+ Season 6, Remo D’ Souza said, “After the past two years, I find myself even more passionate about the craft of dancing. I am glad to make a comeback as the super judge on Dance+, the biggest dance reality show. This opportunity gives me a scope to share my knowledge of dance, something I dearly love and have built my life on. I know this season will be packed with many mind-blowing performances because Shakti, Salman and Punit are fantastic dancers themselves. What makes this season even more special is the fact that it’s premiering this September on Disney+ Hotstar first, ahead of TV, and viewers getting the chance to enjoy uninterrupted entertainment that we bring them.”

While he keeps an eye on the fierce competition amongst contestants, Remo will once again be seen judging three of his dance protégés for their mentorship skills and captaincy. Stepping into the role of a captain for the first time ever is the outstanding dancer and choreographer Salman Y Khan who has won several accolades as well as hearts of viewers with his suave moves and charismatic dance performances. Joining him this season is the stunning and supremely talented goddess of contemporary dance Shakti Mohan – who returns this season – all guns blazing, with a drive to win. The new and returning captains will be put to test against the ultimate Captain Cool – aka Punit Pathak, who already has an added advantage of two wins across the five aired seasons. Season 6 of Dance+ gets bigger with the introduction of an all-new feature that takes the competition several notches higher; the captains and Super Judge can deep-dive and further evaluate performances from the lens of the Super Cam (SCAM).

Returning captain on the show, Punit J. Pathak said, “I have been waiting for the return of Dance+ ever since the last season ended. This season’s exclusive premiere on a platform like Disney+ Hotstar has me thrilled and excited. Mentoring talented individuals and innovating on new techniques on this show has almost been like going back to dance school. What makes this season more memorable is that my two friends – Shakti, will be returning as a captain along with the new captain, Salman, whose journey I’ve been following since the start.”

Shakti Mohan added, “My love for Remo sir and dance has got me back as a captain on the sixth season of Dance+, a show that enjoys a special place in the hearts of the viewers who have been with us for five strong seasons. I am up against two brilliant choreographers and friends which is sure to raise the bar of the performances in this season. This time, Dance+ is premiering exclusively on Disney+ Hotstar, giving us the golden opportunity to reach innumerable households across India, giving real talent a chance to be recognised.”

Joining for the first time as the captain, Salman Y Khan said, “It is exciting to be united with my long-time friends Shakti and Punit, and mentor Remo D’Souza, on the Dance+ stage. Having followed the past five seasons of Dance+ so religiously, I’m ready to challenge myself as the first-time captain and lead my team to victory. The fact that Season 6 of Dance+ will be available on Disney+ Hotstar ahead of TV makes it even more special as viewers will not have to wait for an entire week to catch up on the action.”

The host for the sixth season of Dance+, Raghav Juyal said, “Returning to the Dance+ stage is like a reunion of friends and family. I have known each of the captains, and Remo sir for years now and the beauty of being the host here is that it doesn’t feel like a job. I can’t wait to be a part of this year’s new, and improved Dance+, that will be made available to millions of fans of the show this September, on Disney+ Hotstar, before being aired on TV. I will simply be myself and charm the judges, contestants and the viewers.”

A Marathmoli Chandramukhi is going to be performing in front of the original Chandramukhi, says Amruta Khanvilkar