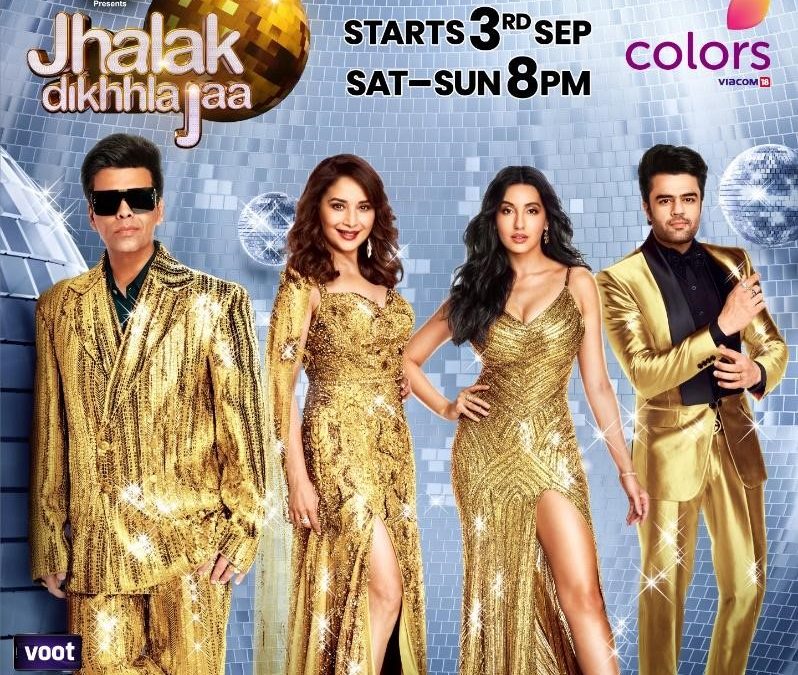 COLORS has been a reigning pioneer in innovative and variety content, thus making it the #1 weekend destination in HGE category.  Cutting myriad genres including dance shows, talent shows, kids’ reality shows, action-based shows and captive reality, the channel has consistently been an audience favourite whilst providing wholesome entertainment. Further strengthening its non-fiction line-up, COLORS is now set to bring back one of its most loved celebrity dance shows Jhalak Dikhhla Jaa after a hiatus of 5 years. The iconic show traces the dancing journeys of celebrities from different walks of life as they let their guards down and fire up the dance floor. The show is backed by a scintillating line-up of contestants paired with talented choreographers who will pump up the energy and mentor them.  Returning to the Jhalak stage as judges will be the diva and ever graceful Madhuri Dixit, the epitome of oomph and style- filmmaker Karan Johar while joining them will be the gorgeous international artist, Nora Fatehi. Taking the fun quotient of the show a notch higher with his innate wit and charm will be Maniesh Paul returning as the host. Produced by BBC Studios India Production and based on a BBC Studios global format, the 10th season of Patanjali Dantkanti presents ‘Jhalak Dikhhla Jaa’ special partner Mutual Funds Sahi Hai will premiere on 3rd September, and air every Saturday and Sunday at 8 pm only on COLORS.

Nina Elavia Jaipuria, Head, Hindi Mass Entertainment and Kids TV Network, Viacom18 says, “At COLORS, it has been our endeavour to bring to our audience unique storylines, endearing characters and variety offerings. Thus, making the channel not only the #2 player but also the leader in weekend programming in the HGE category. On the heels of the success of Khatron Ke Khiladi, the No1 non-fiction show of the year 2022, it gives us great pleasure to bring back one of our most celebrated and innovative dance show, ‘Jhalak Dikhhla Jaa’. In the past, the show has enjoyed immense popularity and remained a viewer and advertisers’ favourite. We are delighted to welcome Patanjali Dantkanti as the presenting sponsor and Mutual Funds Sahi hai as the special partner for the show and look forward to a great partnership.”

Manisha Sharma, Chief Content Officer, Hindi Mass Entertainment, Viacom18 adds, “Jhalak Dikhhla Jaa has been recognised as one of the most loved celebrity dance shows of the country and after a hiatus of 5 years, it is now set to return. The show offers a great platform for celebrities from different walks of life to experience a unique journey through dance.  Its uniqueness and innovative format not only sets it apart from any other dance shows but also makes it an entertaining watch for the viewers. We are happy to have Karan Johar and Madhuri Dixit return to the judges’ panel joined by Nora Fatehi while Maniesh Paul will be the host. The new season is going to be packed with some great dance performances, acts and lots of entertainment fronted by a great mix of celebrities and choreographers.”

Sameer Gogate, General Manager, BBC Studios India echoes, “Dancing with the Stars is a sterling example of how our formats have the power to travel and connect with a global audience.  ‘Jhalak Dikhhla Jaa’ has anchored itself as a widely acclaimed celebrity dance show and I am confident that its popularity will continue to soar as it makes a return on Colors. The new season promises to elevate the entertainment quotient with exceptional acts and performances.  With an expert panel of judges, stellar contestants and an entertaining host, we promise to leave no stone unturned to present a grand season.”

Madhuri Dixit Nene, said, “Jhalak Dikkhla Jaa, I believe is one show that has gone beyond the confines of being just a celebrity dance show. It beautifully traces the dance journeys of various celebrities turning them into life-changing experiences.  It is my absolute delight to be back on the judges’ panel, reunite with Karan and Maniesh and welcome the very talented Nora Fatehi. For us and contestants alike, it is going to be a joyful and fulfilling ride marked by some exceptional and unforgettable dance performances.”

Karan Johar said, “With Jhalak Dikhhla Jaa, I had made my debut as a judge on television, and it truly feels like a homecoming to return to the show. The viewers are in for an entertaining ride filled with extraordinary dance acts coupled with lots of energy and oomph.  Extremely excited to have the quintessential and OG diva Madhuri Dixit by my side on the panel along with Nora Fatehi and looking forward to reuniting with Maniesh Paul. Some of the industry’s biggest and most popular names are going to explore the realm of dance this season and I cannot wait to witness their journeys.”

Nora Fatehi said, “It feels surreal to be judging a show wherein I once participated as a contestant. ‘Jhalak Dikhhla Jaa’ celebrates the beautiful art form of dance unlike any other show and I feel, this is where I belong. This is my second stint as a judge, and it gives me immense pleasure to join the illustrious panel along with Madhuri Dixit and Karan Johar. The lineup of contestants this season is fiery and feisty, and they are all geared up to burn the dance floor. I am very excited and looking forward to it.” 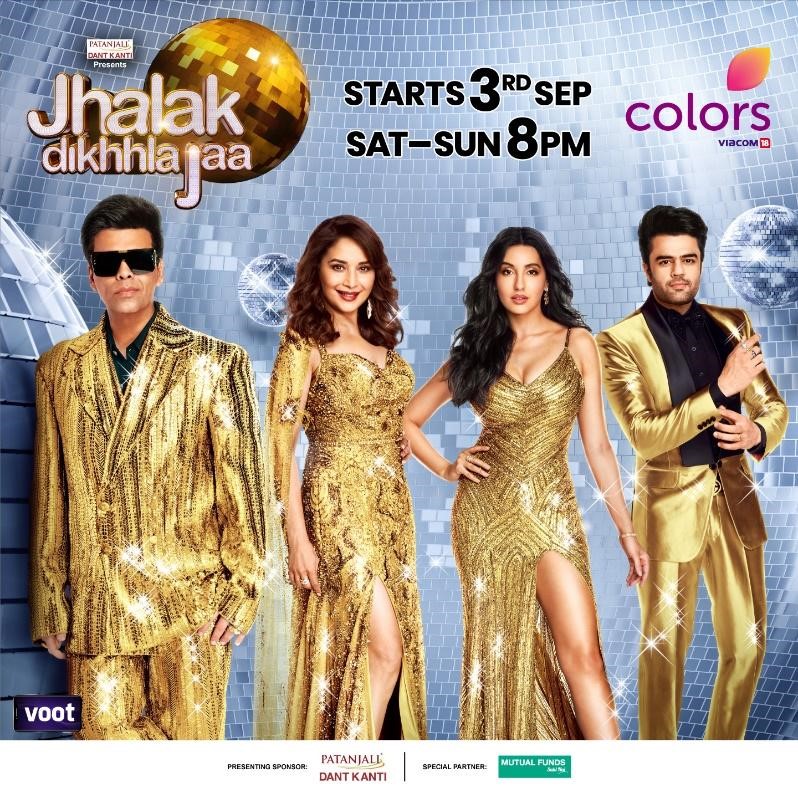 Host Maniesh Paul said, “I am elated to be back as the host for Jhalak Dikhhla Jaa, a show that I love so immensely. As the show makes a dhamaakedar comeback, not only do I get to reunite with the COLORS’ family, but also work again with Madhuri ma’am and Karan sir, and now Nora Fatehi as a part of the judge’s panel. This year, the show is going to knock everyone’s socks off with a power-packed line up of contestants. It’s going to be a one stop destination for wholesome entertainment and fun and I’m sure the fans are going to shower their love upon us as always.”

For the launch of India’s most loved celebrity dance show, COLORS has designed a robust marketing and digital campaign across Print, Radio, OOH, DTH, Television and Digital. An on-air campaign has been planned across network and non network channels including Hindi movies, Hindi news, kids, music and regionals. High-impact billboards and LED screens have been installed in Mumbai and Delhi at prime locations including railway, metro stations and airports. On the digital front, special videos have been curated with the powerful judges’ trio and the host. Contestants’ introduction videos grooving to the JDJ hook step have also been shot in 360-degree glam bot. In addition to this, reels, images and BTS content will also be posted across COLORS’ social media platforms to build intrigue around the show.