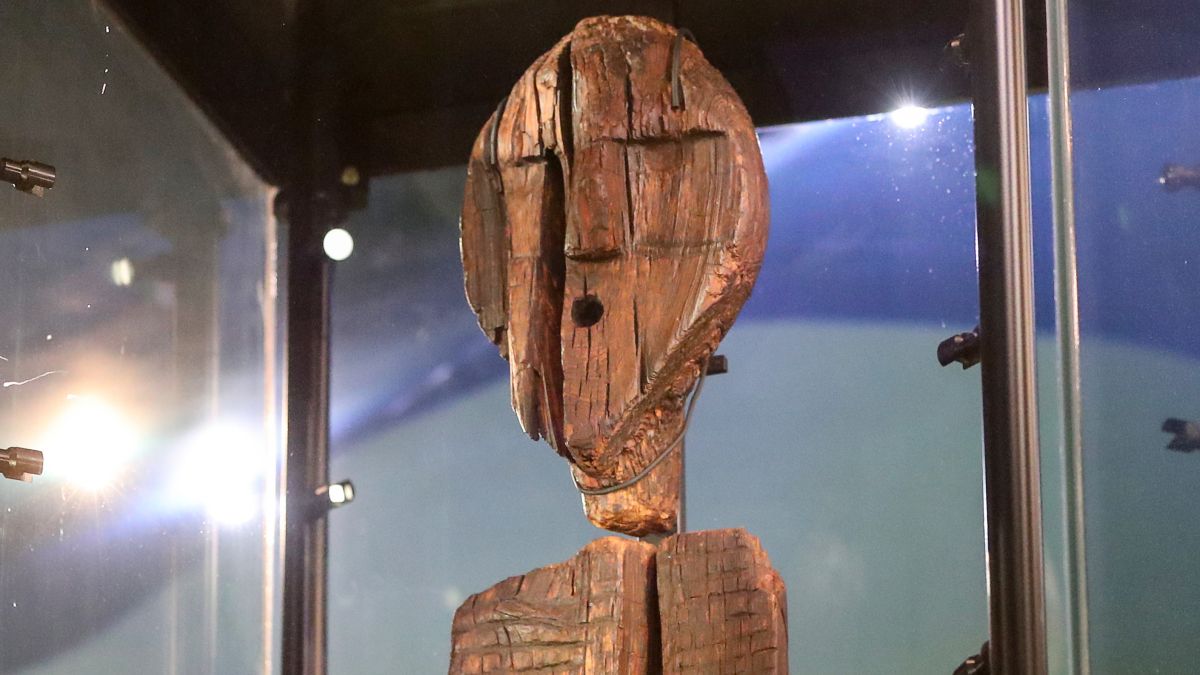 Even older than the Great Pyramids of Giza.

Often called the Shigir Idol after the Shigir peat bog, where it was found in the Ural Mountains in Russia in 1890, the sculpture may have been created 12,100 years ago, scientists now say. Previously, the same scientists had estimated the idol was made about 11,500 years ago, they reported in 2018 in the journal Antiquity.

That’s old. For reference, this idol would have already been around to “witness” the Quaternary extinction event some 10,000 years ago, when ice age megafauna such as woolly rhinos went extinct. A couple of other points of comparison: Stonehenge was constructed about 5,000 years ago, and the Great Pyramid at Giza was built more than 4,500 years ago.