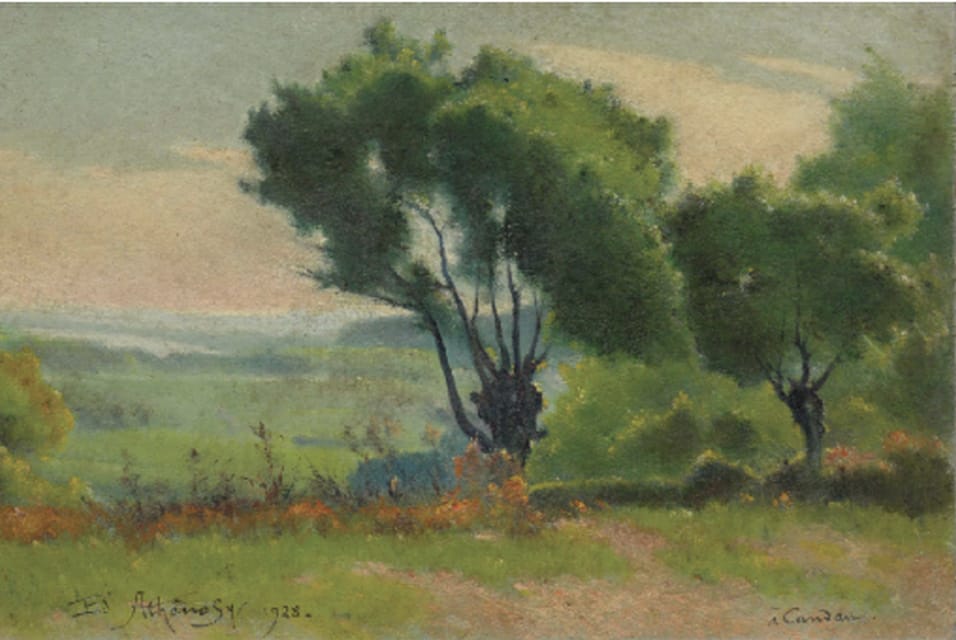 Colnaghi gallery announced its representation of the largest collection of paintings by the French artist Edouard Athénosy (1859-1934) in existence, with an inaugural online exhibition of his fine miniature landscapes, to take place from the 22 March 2021.

Entitled Edouard Athénosy: Miniature Landscapes, it will include more than 20 paintings, and will be serve as a preview for physical presentations at the gallery’s spaces in London and New York later in Spring.

Athénosy was born in in 1859, in the mountainous and beautiful Saumane de Vaucluse region of southeastern France. This rocky and wild landscape had a deep impact upon Athénosy’s work, who depicted this terrain time and again, dominated by its oaks and blossoming shrubs.

Like his father, he began a career in public service, as an administrator in the local government of Avignon, working his way up to the head of the office of Préfet Louvel. Throughout his life, painting becomes his secret language and escape from this life of work and dutiful toil.

In 1878, Athénosy joined the Ecole des Beaux-Arts, Fine Arts School of Avignon, under the direction of Pierre Grivolas. His classmates and friends included the artists Claude Firmin, Roux-Renard, François Gauthier, amongst others. The quality of the training he received at the Beaux-Arts, his intense study from life and the antique, resulted in a precise and highly observant technique.