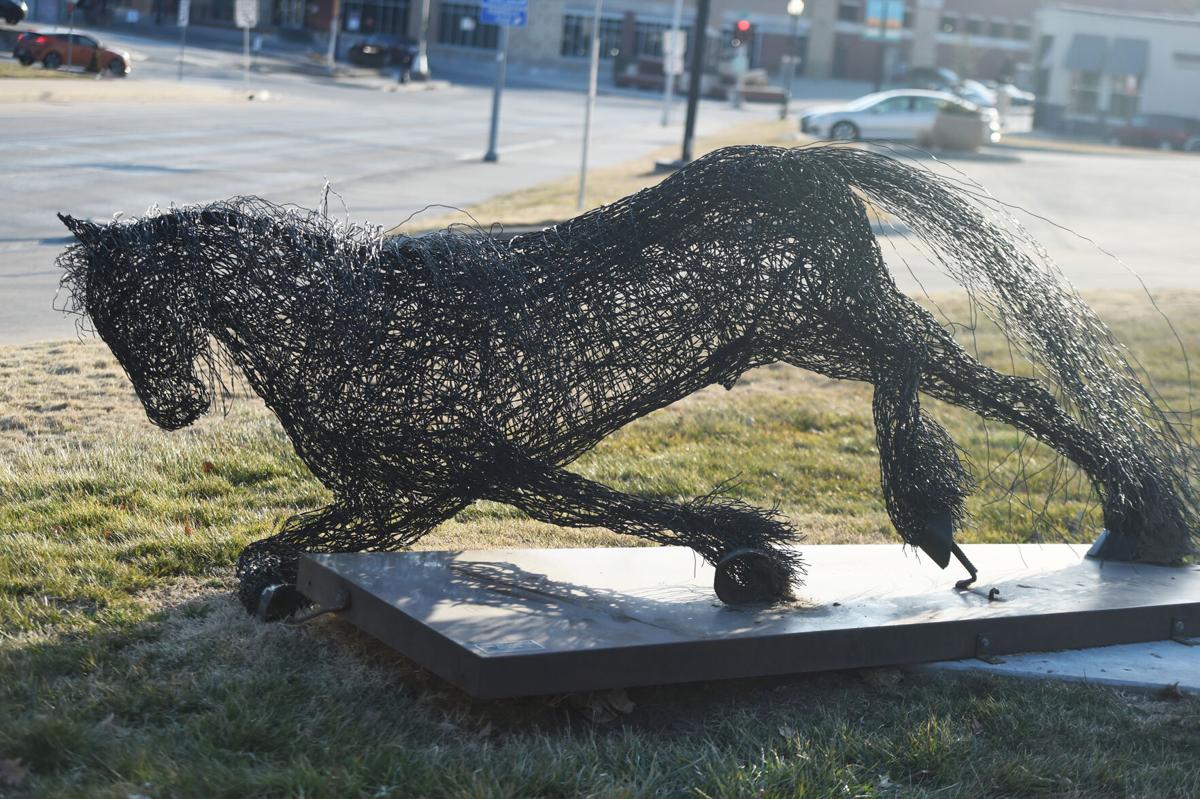 When members of the St. Joseph Convention and Visitors Bureau came to work on March 4, they were greeted with an upsetting sight.

“The Peaceful Ruler,” a statue of a horse placed at the front of the Bureau’s building at 911 Frederick Ave., had been vandalized.

“It looks like they just, they tried to rip it off of its base. And they succeeded, but not completely,” Teresa Fankhauser, executive director of the Allied Arts Council, said.

It was unclear when the vandalism occurred and how much damage was caused to the sculpture. Both the St. Joseph Police Department and Parks, Recreation & Civic Facilities were notified of the crime. Fankhauser said the destruction was not as bad as she feared.

“It looks like the legs have been broke, bent and all that. But if you think about the sculpture, (the front) leg has always been up. It’s just now, without the support, it’s fallen and it looks like it’s more bent than it is,” she said.