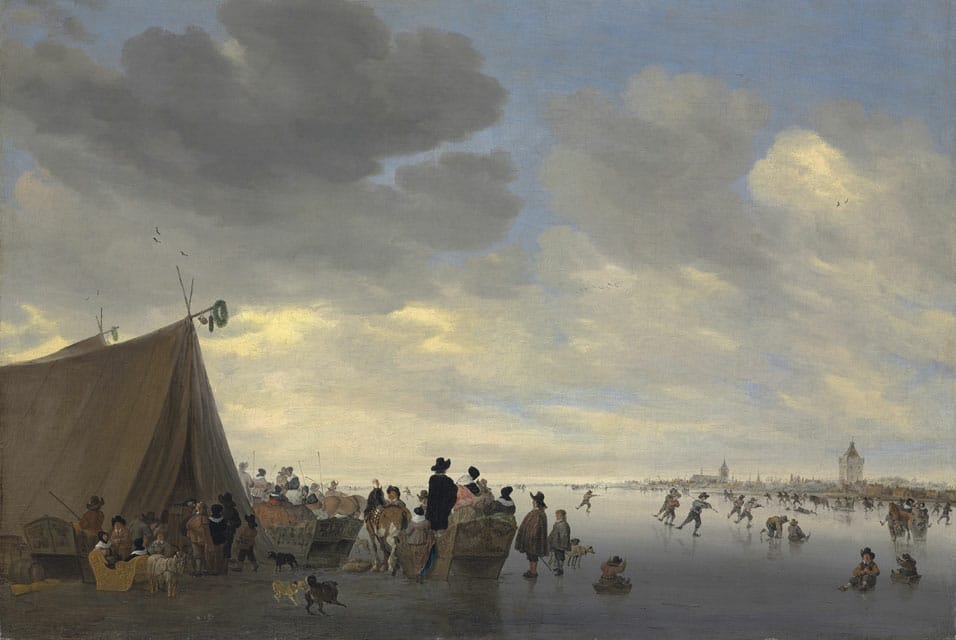 To welcome the Spring, Christie’s is hosting a special Private Selling exhibition at Rockefeller Center and online from 17 April until 21 May inspired by the Four Seasons represented in art from the 17th century to now through works by Salomon van Ruysdael, Jules Breton, August Rodin, Claude Monet, Winslow Homer, and Matthew Wong, among others. Entitled Four Centuries | Four Seasons, the exhibition is comprised of 23 works of art.

For millennia, the change of season has dictated the rhythm of humanity’s existence and been represented by artists keen to celebrate the beauty of the environment as it adapts. For 250 years Christie’s has helped steward some of humanity’s greatest artistic treasures across generations and cultures and has committed to building a sustainable business so that great natural beauty can inspire future generations. It is fitting that the exhibition is being held now following Christie’s recently announced pledge to be net zero by 2030, and it is all the more is timely since Earth Day will fall on 22 April.

To mark the exhibition, Christie’s has partnered with and pledged a donation on behalf of its clients to the New York Botanical Garden (NTBG), a world leader in environmental conservation since 1891. Despite almost doubling their building square footage during the past 10 years, NYBG has reduced energy use per square foot by 20% and reduced emissions by 54% per square foot of building.

Joshua Glazer, Specialist and Head of Private Sales for Old Master Paintings, commented, “The four seasons have long offered artists a rich terrain in which to explore quintessential themes from fertility to death as well as a range of aesthetic effects in different genres, such as landscapes, still-lifes and allegories. It is thrilling to see how works of art speak to each other across four hundred years in this exhibition and how this conversation informs us about our relationship to nature in today’s modern world.”