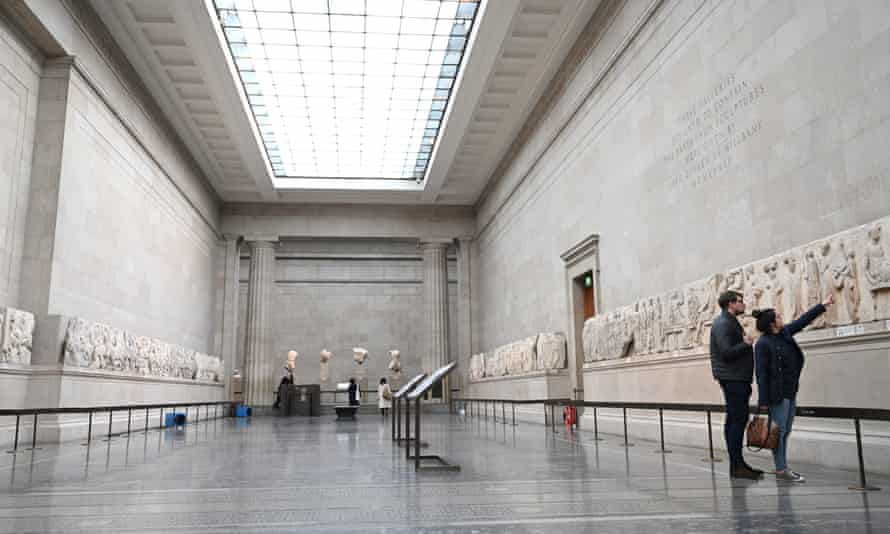 Boris Johnson rules out return of Parthenon marbles to Greece

Boris Johnson during a visit to the Acropolis in 2012 as mayor of London.

Boris Johnson has used his first interview with a European newspaper since becoming the UK’s prime minister to issue a point-blank rejection of the Parthenon marbles being returned to Greece.

Johnson insisted that the sculptures, removed from the monument by Lord Elgin in circumstances that have since spurred one of the world’s most famous cultural rows, would remain in Britain because they had been legally acquired.

“I understand the strong feelings of the Greek people – and indeed prime minister [Kyriakos] Mitsotakis – on the issue,” he told the Greek newspaper Ta Nea when asked to comment on his counterpart’s offer, made in an interview with the Observer in 2019, to lend priceless artefacts to London in return for putting the marbles on display in Athens this year.