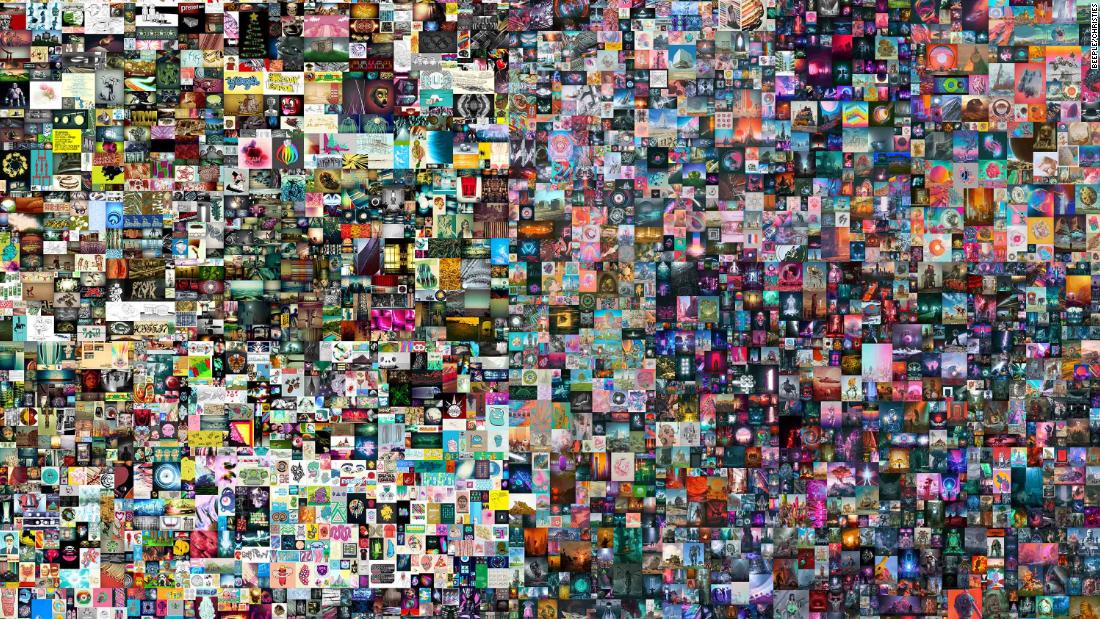 Beeple Artwork Sells for Record-Breaking $6.6
CROSSROADS by net artist Beeple.
COURTESY BEEPLE/NIFTY GATEWAY
On Monday, just days before a piece by the artist was put up for sale by Christie’s, a work by Mike Winkelmann, a net artist who goes by the name Beeple, sold for $6.6 million at Nifty Gateway, an online cryptocurrency marketplace for digital art. According to Nifty Gateway, that makes the Beeple piece the most expensive digital work ever auctioned.

Nifty Gateway announced that the work had sold on Thursday, as a closely watched Beeple piece headed to sale online at Christie’s. Within hours, that piece had skyrocketed in price, and the work had been bid up to $1.8 million. Bidding will continue through March 11.

The work that sold via Nifty Gateway, titled CROSSROADS, was designed as a response to the 2020 presidential election. Depending on the election’s outcome, one of two videos—one featuring a victorious Trump, the other featuring a despondent one—would play.

Is Net-a-porter's unconventional Prada deal the future of wholesale ?