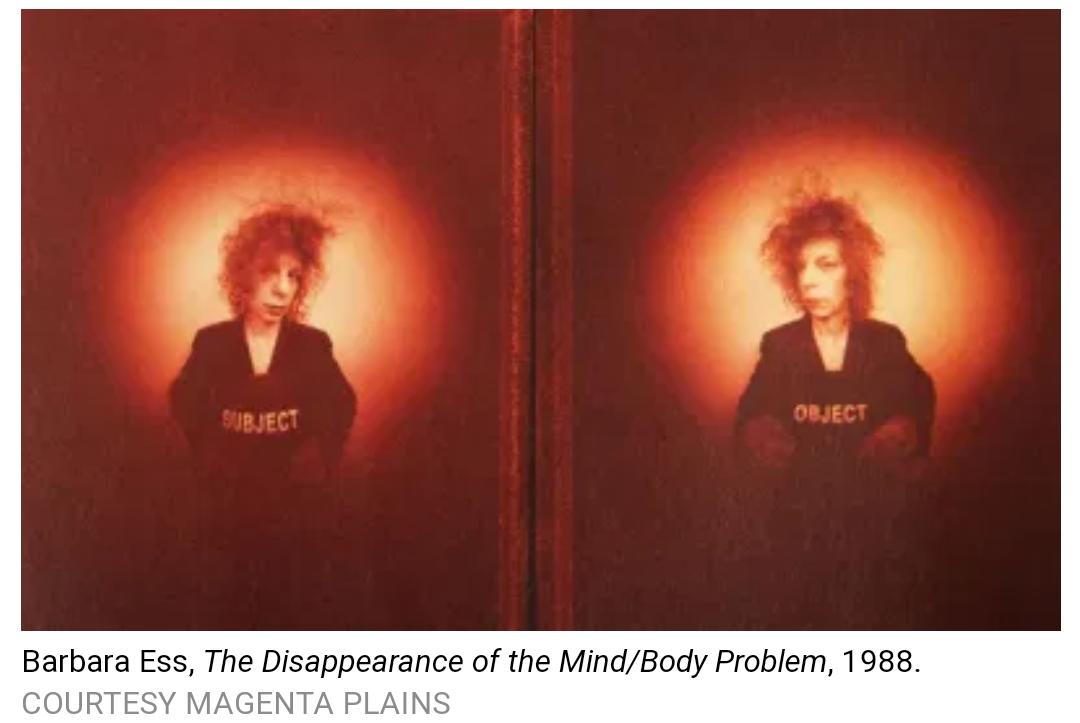 The artist, musician, and educator Barbara Ess, a pioneer in the fields of experimental photography and film and a longtime professor of photography at Bard College in upstate New York, has died at age 72. The news was confirmed in an email announcement by Ess’s gallery, Magenta Plains in New York.

“Ess was a radical force and approached her life and work with enormous spirit, fearlessness, humor, and intellect,” Magenta Plains’s read. Ess became known for her photographs of daily life that are imbued with a disquieting, contemplative edge. The artist once said that the aim of her work was to “transform the ordinary into the symbolic and reveal meaning in the apparently mundane.”

Born in Brooklyn in 1948, Ess studied philosophy and English literature at the University of Michigan. After graduating in 1969, she worked as an editor at the political magazine War Peace Reporting. In 1971, she enrolled at the London School of Film Technique, though she did not complete a degree. Instead, she joined the Film Co-op in London to work as an artist.

She soon moved to New York and became deeply involved with the city’s music scene, performing with No Wave groups including the Static, Daily Life, the Glenn Branca Ensemble, and Y Pants. She was also the founder and editor of the mixed-media publication Just Another Asshole, a submission-based platform known for its multifarious offerings and iterations.

As a photographer, Ess is known for her use of a pinhole camera she fabricated in 1983. The effect of these images is otherworldly—they often feature spectral figures and disorienting landscapes that aren’t easily recognizable at first glance.

She exhibited the images she made with that camera at numerous New York spaces throughout the 1980s, including Franklin Furnace, Cable Gallery, the Kitchen, A.I.R. Gallery, Printed Matter, White Columns, and Artists Space. She also showed in the 1987 exhibition “Non In Codice” at the Galleria Pieroni in Rome, which also included pieces by artists Dara Birnbaum, Dan Graham, and Rodney Graham.

Throughout her career, Ess had retrospectives at the Queens Museum, the Center for Fine Arts in Miami, and the High Museum of Art in Atlanta. Her work is in the collections of the Whitney Museum in New York, the Art Institute of Chicago, the Pompidou Center in Paris, the San Francisco Museum of Modern Art, and other institutions.

Magenta Plains said in the announcement of Ess’s death, “Her artistic impact is greatly felt and she leaves behind a formidable legacy through her work and her students. The profound loss of Ess creates a huge void, however there is much to learn from her vulnerability and directness, her dedication and her vision.”