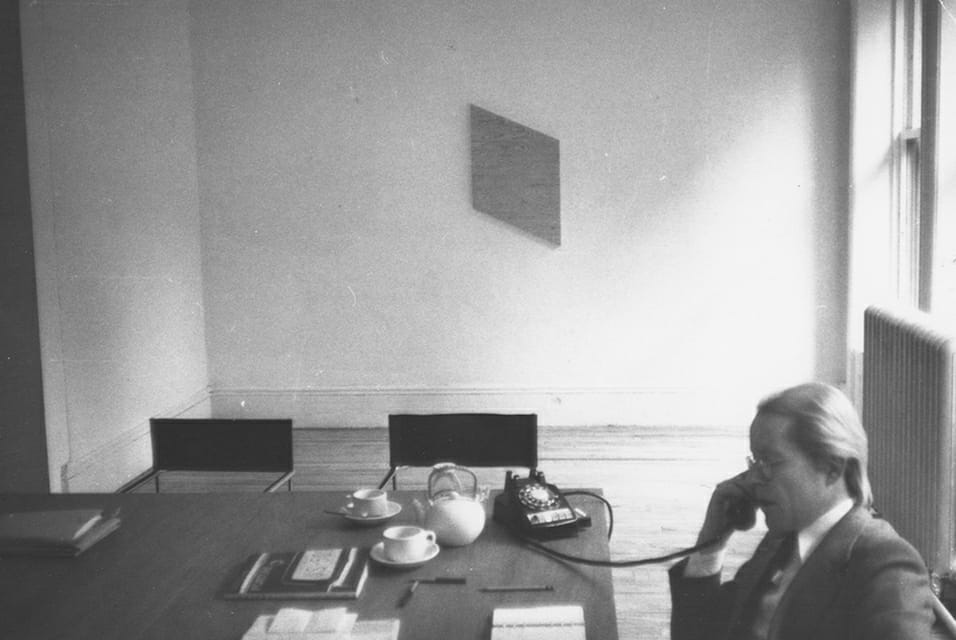 In 1988, the Dia Art Foundation hosted one of the most momentous readings in postwar art history — reclusive poet James Schuyler appeared before an audience for the first time in memory, occasioning a line down Mercer Street to the foundation’s SoHo headquarters. One particularly lovely turn in Schuyler’s poem “Empathy and New Year” elicited a hum of admiration from the crowd: “Not knowing a name for something proves nothing.”

The sentiment could have been written as a maxim for Dia itself. What was this unusual, diffused, at times unstable art organization, exactly, and did it matter if no name quite suited?

Founded in Manhattan in 1974 by art dealer Heiner Friedrich, his wife, Philippa de Menil, an heir to the Schlumberger oil-field company, and art historian Helen Winkler, it has never operated like a museum by any conventional measure. It didn’t have a central location to display its collection for nearly three decades, until opening Dia Beacon in a vast former box factory along the Hudson in 2003. Before Beacon and since, around the American West, Europe, Long Island, New England and Manhattan, it has maintained numerous discrete sites, several of which came and went along with the foundation’s changeable fortunes and leadership.

At various times, it held stakes in a hilltop castle, an extinct volcanic crater, a defunct Army base and a Sufi mosque — unorthodox homes, to say the least, for a core of work from the 1960s and 1970s that was rooted in minimalism and conceptualism but branched off in curious ways that had little to do with either.

Now, after decades of unrealized plans to find or build a new home in Manhattan, the foundation has opened a central hub on West 22nd Street in Chelsea that knits three of its existing industrial buildings into one of the largest single spaces Dia has ever had in the city.

The rough-hewed galleries — to be used for long-term exhibitions, often of commissioned work by younger artists — represent a homecoming, in a sense, for a place the foundation never really left. But its now-you-see-it-now-you-don’t existence over so many years blurred awareness, by even informed art lovers, that Dia consists of substantially more than a popular blue-chip collection in the Hudson Valley.