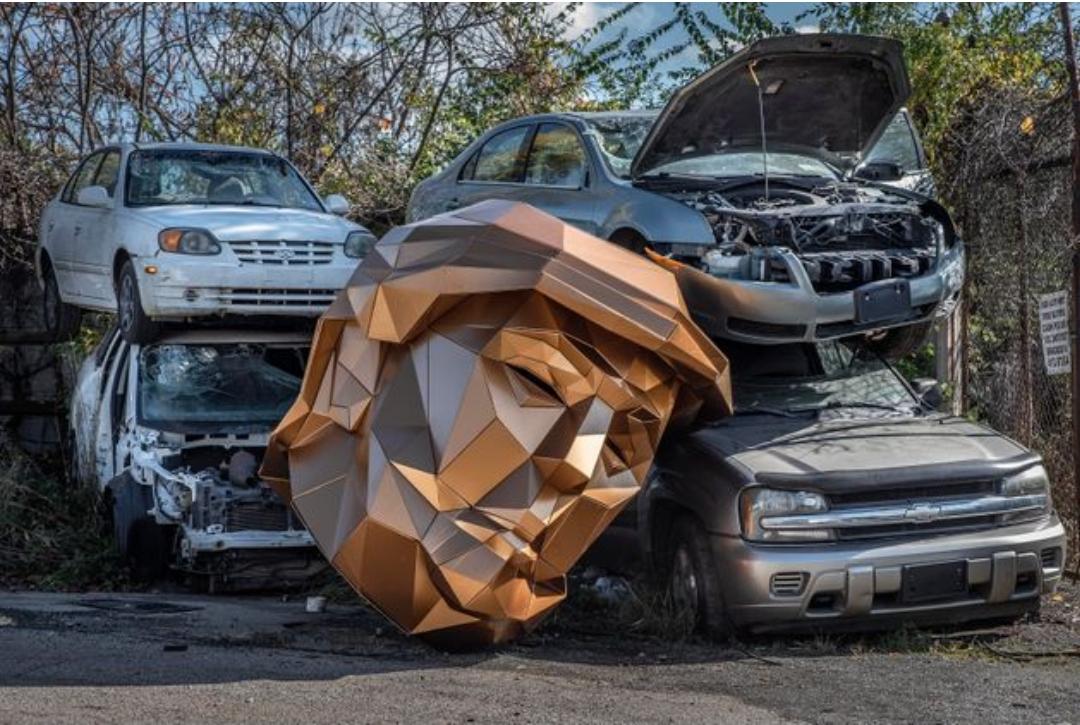 Dutch artist Arjen van Lith protested against President Donald Trump in the final days of the 2020 election by taking a giant golden sculpture of Trump’s head on a “tour of shame” around the junkyards, dumpsters and car cemeteries in his current home city of Pittsburgh.

“As a (legal) immigrant, I am not allowed to vote in the United States, but I can still make a political statement. Think of this as my yard sign,” van Lith told HuffPost via email on Friday.

The 7-foot-tall artwork, titled “Individual #1,” took about a year to design and build from 3-millimeter-thick corrugated plastic, he said. It’s a nod to both the Confederate monuments toppled during the summer’s racial justice protests and the traditional statues of Russian dictators like Vladimir Lenin and Joseph Stalin.

“It’s actually quite light. Only difficult to handle, since it’s the size of a small car,” van Lith explained. “I guess I’m one of the few people who has literally spent hours inside Trump’s head. I can assure you, there’s nothing there.”

“With this sculpture I tried to show what Trump really is: a megalomaniacal, narcissistic, wannabe authoritarian,” van Lith said.

The artist said he was always careful to have it photographed on its side next to trash, making sure it looked “defeated.”

“I don’t want people to see it as a tribute to Trump,” he added.

Is Net-a-porter's unconventional Prada deal the future of wholesale ?

Idols Believed To Be Of 12th Century Found In Maharashtra