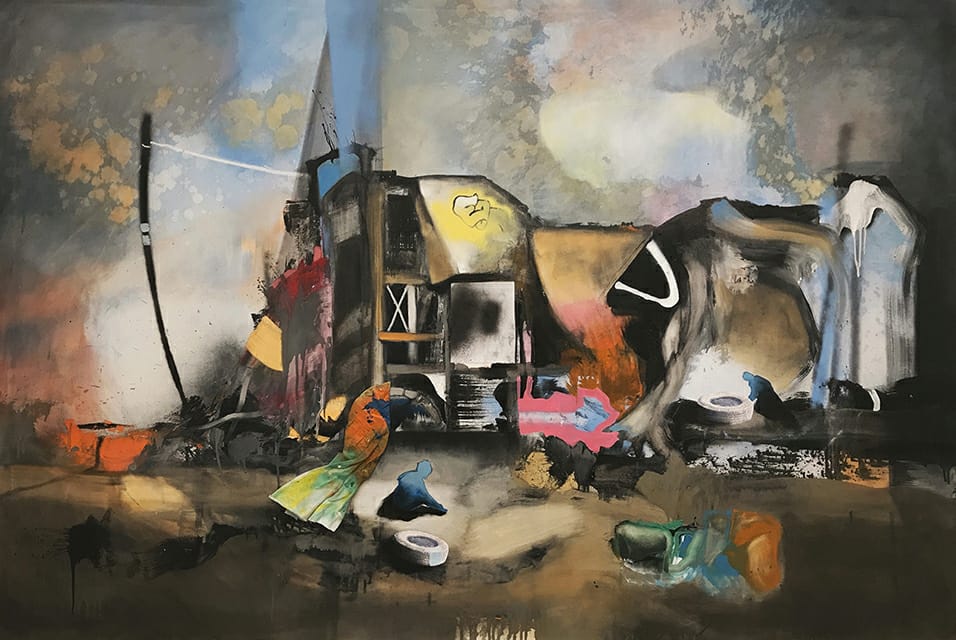 Kathleen van Bergen, CEO and President, said “We are honored to be welcoming Marcus Jansen and his work to The Baker Museum, especially while celebrating the museum’s 20th anniversary. We have been thrilled to safely open our doors this season to the community, and we invite everyone to experience Marcus’ show. Marcus’ works are simultaneously emotional, introspective and intellectual, and he has built an international reputation for fully engaging the viewer in critical topics about our world.”

Courtney McNeil, Museum Director and Chief Curator, The Baker Museum, added “Since the 1990s, Marcus Jansen has been creating powerful, painterly works of art that critically explore urgent topics, from industrial agriculture to the impacts of gentrification on city dwellers. He has experienced a meteoric rise over the past few years, as art audiences in the United States and Europe have embraced artists with the ability to compellingly portray the issues and tensions that shape our lives in these challenging and complicated times. Jansen is not only sensitively attuned to the world around him, but he is also a dazzling practitioner of an expressive, gestural style of painting that arrests the viewer’s attention with its vibrancy and energy.”