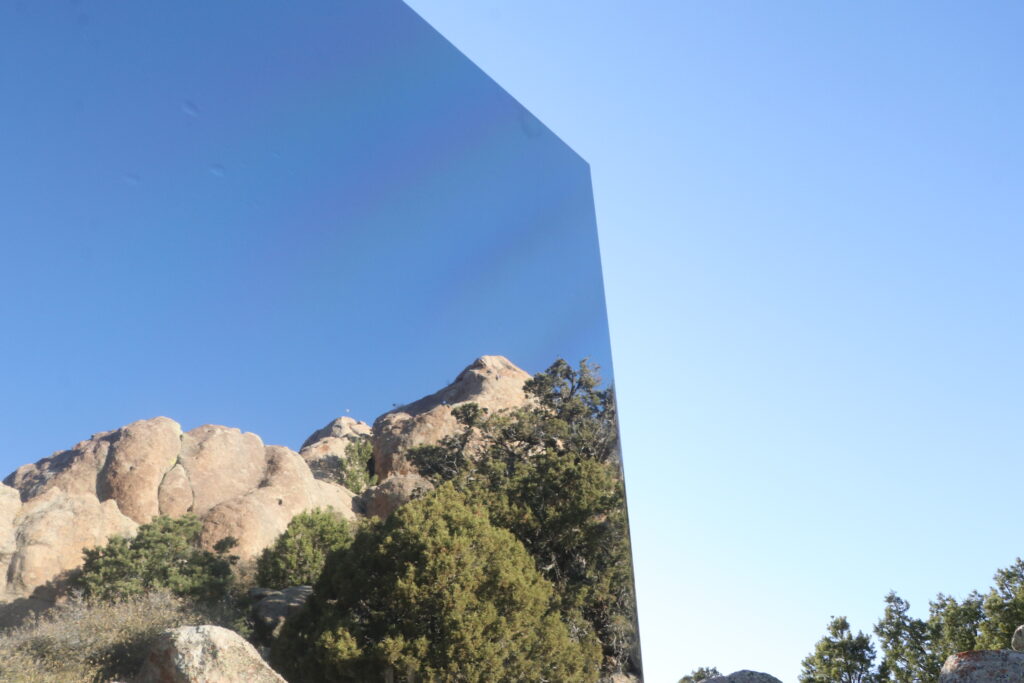 CEDAR CITY — Once again, a mysterious metal monolith has materialized in Utah. This time in Iron County.

The reader’s photo depicted a person standing next to a steel panel jutting upward, with an outcropping of rock visible in the background – giving it an appearance similar to the one discovered in southeastern Utah last November.

That piece of metalwork, whose creator/installer remains unknown, attracted national attention and eventually brought hordes of people to the remote site in San Juan County like moths to a flame, until it was dismantled and stealthily removed by a disgruntled group of four men less than a week later.

To find the Three Peaks installation on Saturday, Cedar City News followed the GPS coordinates that had been provided by the reader, but those only led as far as a nearby dirt road that turns south off Midvalley Road. After an hour or more of aimlessly hiking around in the area known as Easter Rock or Chris Castle Mountain (and receiving a more accurate GPS pin via text message from the helpful reader), the correct location was eventually found near a confluence of ATV trails.