Home > Art > Sculpture > Amid signs of trouble, can MOCA find its footing? 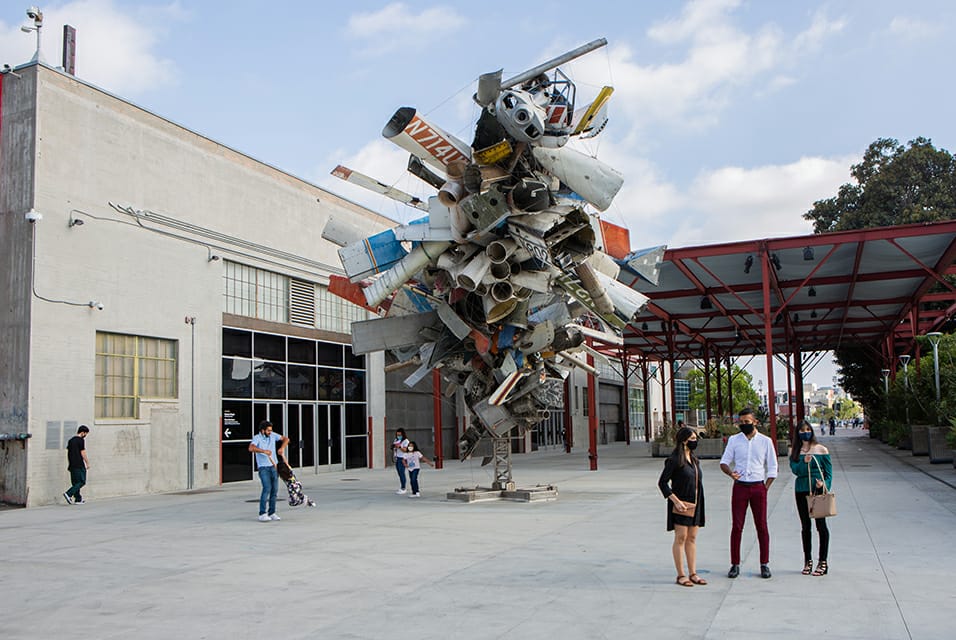 Klaus Biesenbach, stylish in his signature midnight-blue suit and black ankle boots, recently strutted through the Geffen Contemporary, which is the Museum of Contemporary Art’s warehouse exhibition space. Talking about plans to reopen June 3 and about recent building improvements he has made as director, he came across like a guy with his hands on the steering wheel.

Yet just days before, MOCA had confirmed two key resignations: a senior curator, who departed citing museum leaders’ resistance to diversity initiatives, and the director of human resources, who said he left because of a “hostile” work environment.

And just two months earlier, the institution had announced that Biesenbach, hired in 2018 from MoMA PS1 in the New York City borough of Queens, would no longer hold the title of director but would be called “artistic director” and share power with an “executive director” for whom a search is underway.

To be sure, museums all over the country have been dealing with economic challenges caused by the pandemic and with staff pressure over diversity issues in light of the Black Lives Matter movement. During MOCA’s yearlong closure because of COVID-19, its revenue and membership dropped 26% and 32%, respectively. The museum also laid off 97 part-time staff members. (About 30 full-time employees who were furloughed have returned.)

But MOCA’s current trials have come just as the museum was hoping to emerge from a tumultuous history that has included two short-term directors, a raid on its endowment to pay the bills and a proposed merger with the Los Angeles County Museum of Art.

MOCA’s founding chairman was billionaire philanthropist and contemporary art collector Eli Broad, who died Friday. In 2008, he brought the museum back from the brink of collapse with a $30 million bailout, and five years ago, he opened the Broad contemporary-art museum across the street.

Everyone knows the benefits of turmeric. But Do you know the sideffects ??