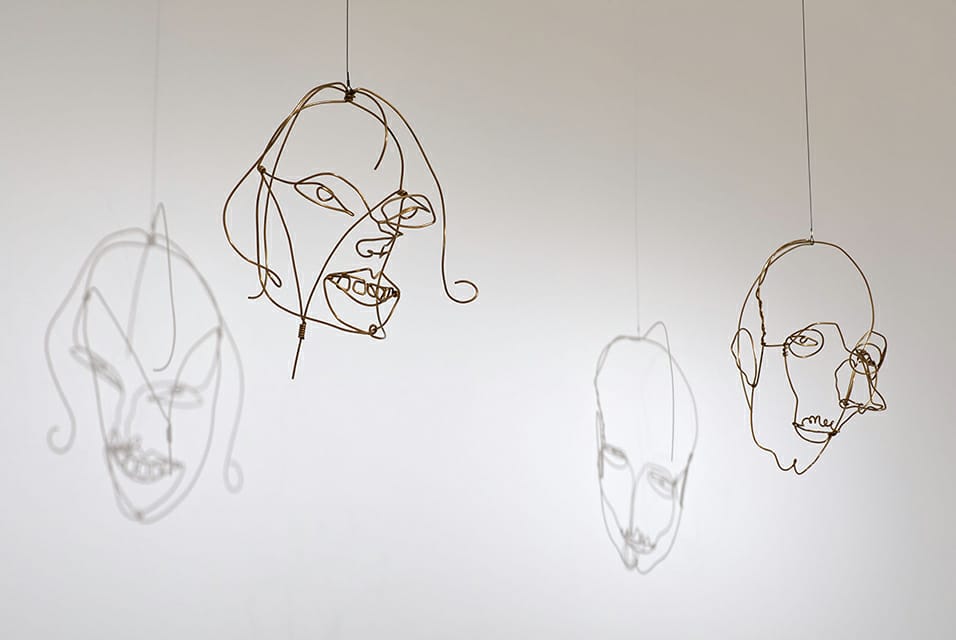 Where the Museum of Modern Art is concerned, sculptor Alexander Calder was something like its American Picasso. Both were the precocious children of academically trained artists. Both were shaped by their own life-changing encounter, three decades apart, with the Parisian avant-garde. The Modern exhibited both of them early and often and acquired their work in some abundance — although of course, at MoMA, no other artist comes close to Picasso’s numbers. Much of each artist’s success was entwined with the museum’s; to some degree both were part of the MoMA brand, if in very different ways. For one thing, Calder has been MIA for a while.

The outstanding exhibition “Alexander Calder: Modern From the Start” is his first big solo at MoMA since 1969. It is an in-house job that delves primarily into the museum’s Calder holdings and archives to tell the story of its relationship with this early favorite. Several unfamiliar loans from the Calder Foundation fill out the narrative.

It includes the artist’s early toylike sculptures of farm animals and his brilliant wire portraits and jewelry; his famous hanging, gently drifting mobiles; his wall-mounted constellations and earthbound stabiles; and a sprinkling of exceptional works on paper.

The show’s subtitle conjures Calder’s sudden conversion to the new when, on a visit to the Paris studio of painter Piet Mondrian in 1930 at age 32, he suddenly got what modernism and abstraction were all about. Equally, it signals his rapid ascent into MoMA’s largely European pantheon of artists, where he occupied a niche unlike that of any other American until Jackson Pollock came along.

The epiphany and the ascension were connected. Part of Calder’s stature at MoMA relates to his having a European pedigree unusual to American artists of the period, because his artistic life truly began in Paris and because he adroitly filtered European strains of modernism through his rustic American sensibility.

After earning an engineering degree in 1919, Calder committed to being an artist and enrolled at the Art Students League in New York, making paintings and also fashioning animals in wood and then wood and wire.

By 1926, Calder was in Paris, where he spent most of the next several years, and where a friend told him to lose the wood and keep the wire. He marshaled his toy-making instincts into a miniature circus of some 100 pieces — ingenious, almost fatally cute — and began to perform the “Cirque Calder” in Paris art circles, making instant fans of Fernand Léger, Marcel Duchamp, Jean Arp and Mondrian.

Calder’s MoMA debut came in December 1930, when four of his clunky wood sculptures were seen in “Painting and Sculpture by Living Americans,” a group show that opened barely a year after the museum’s inauguration. By then Calder was artistically elsewhere, spurred by Mondrian’s example. In fact, he was developing into an omnibus modernist whose work could fit at several spots on the museum’s nascent map of advanced styles and mediums. In 1936, for example, he was in both “Cubism and Abstract Art” in the spring and, at year’s end, “Fantastic Art, Dada and Surrealism” to mention but two of the museum’s pioneering shows. He must also have been a hedge against growing complaints about MoMA’s European bias.